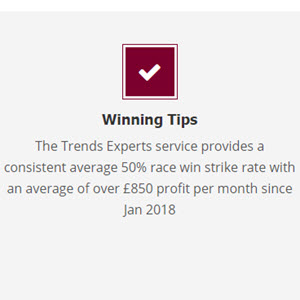 Excerpt from War Years with Jeb Stuart Written in 1862; first published in 1945

Both the Union and the Confederate militaries organized their armies into three major combat units. The largest and most important of these units was the infantry. The infantry consisted of soldiers who were trained to fight on foot. Most men who fought in the Civil War fit under this category. The Union's larger population and its superior ability to produce rifles, boots, and other gear used by infantry soldiers gave it a big advantage over the Confederate infantry during the war.

A second major arm of the Union and Confederate militaries was artillery. Artillery units consisted of soldiers who were trained to use cannons and other big guns. Since Northern cities had a far greater capacity to manufacture and transport cannons and ammunition than did cities in the South, the Union held a considerable edge in this important area of the war as well.

The third major combat unit of the two armies was cavalry. Cavalry units consisted of soldiers who were trained to scout and perform other duties on horseback. Unlike the other two organizational units, the Union army did not hold

"We were not half across when the bank we had left was swarming with the enemy who opened a galling fire upon us, the bullets splashing the water around us like a shower of rain."

t*^'';' The South Challenges the North in One of America's Most Famous Horse Races

Nearly forty years before Confederate and Union cavalrymen mounted horses to face each other in the Civil War, a less violent contest between riders from America's Southern and Northern regions captured the country's attention. This contest, which pitted a horse from the North named American Eclipse against a horse from the South named Sir Henry, was the first great horse racing event in American history.

By May 1823, when the race took place, many Americans had decided that the nation's finest horses were raised in the South. After all, wealthy Southern planters and businessmen had purchased many of the country's finest horses and transported them south, and most of the best horse breeding farms in America were located in the South.

Eager to prove the superiority of Southern horses once and for all, a wealthy Southern horse owner named Colonel William Ransom Johnson challenged the owner of American Eclipse, the finest horse in the North, to a race. American Eclipse's owner, Cornelius Van Ranst, accepted the challenge and told Johnson that he would race any horse in the entire South. Johnson selected one of his own horses, called Sir Henry, for the contest. The two men then agreed on a $20,000 bet on the race.

When news of the race was announced, the whole nation became caught up in the contest. Northerners expressed high hopes for American Eclipse. Southerners staked their regional pride on Sir Henry, which had won sixty-one of sixty-three an advantage in this area. In fact, the Confederate cavalry was vastly superior to its Union counterpart, especially during the first two years of the Civil War.

Much of the Confederacy's advantage in cavalry could be traced to factors in Southern culture and society. Many Southern boys grew up in rural areas, where they were encouraged to develop their riding skills. After all, Southerners often had to travel great distances on horseback over land that featured rough or nonexistent roads in order to reach neighboring towns and plantations. In addition, many Southern families relied on hunting for food. Boys who grew up in such families learned to shoot rifles and find their way through woods at an early age. This combination of riding ability and marksmanship (the ability to shoot a gun well)

races in its career. In many cases, people bet large amounts of money on the outcome. A wealthy Virginia planter, for example, agreed to give up five years' worth of cotton crops if Sir Henry lost. A Northern cotton mill owner, meanwhile, wagered three years of profits on an American Eclipse victory.

On the night before the race, more than fifty thousand people gathered at the Union Race Course on Long Island, New York, where the contest was scheduled to be held. Race fans filled every hotel within fifty miles of the course. Thousands of other people slept in wagons, camped in the woods, and waited on boats anchored offshore. The U.S. Congress even called a break so that its representatives could attend the big race.

The contest consisted of three races. Whichever horse won two out of the three races would be the victor. Southerners cheered wildly as Sir Henry won the first race. But American Eclipse won the second race so easily that even optimistic Southerners in the crowd wondered if their horse could win the contest. As it turned out, those fears proved accurate. Sir Henry galloped hard in the third and deciding race, but American Eclipse won easily to take the contest. As Northerners in the crowd celebrated, many Southerners expressed disappointment with the outcome. But although a few wild newspaper reports suggested that some Southerners committed suicide after the race, reliable witnesses say that fans of Sir Henry reacted to the defeat with grace and good humor.

made Southern men ideally suited for cavalry duty. Finally, Southern traditions led people to view cavalry soldiers as particularly dashing and romantic. In the South, "the legends of chivalry [having the qualities of honor, courage, and protecting women] were powerful," wrote Bruce Catton in The Civil War, "so that it seemed much more knightly and gallant to go off to war on horseback than in the infantry."

Northerners, on the other hand, were more likely to be raised in cities or on farms where horses were used for plowing fields and other labor rather than for transportation. Since Northern communities did not tend to emphasize the use of horses for riding, boys who grew up in Michigan, Ohio, New York, and other Northern states were less likely to be skilled horsemen. Northerners also did not pay as much at-

tention to breeding horses for riding. In contrast, many Southern horse owners devoted a great deal of energy to developing fast, strong, and healthy mounts (horses). Since the South did not have the resources to provide its army with mounts, Confederate cavalry soldiers used their own horses during the conflict.

All of these factors enabled the South to establish complete cavalry dominance during the first two years of the war. In fact, when the Civil War began, many rebel cavalry units were made up of expert riders who roamed the countryside on high-quality mounts that they had ridden for years. By contrast, Northern cavalry units contained many inexperienced horsemen who were stuck riding inferior horses purchased by the army.

From 1861 to 1863, the Confederate Army took advantage of this superiority. Rebel cavalry units made full use of their ability to move quickly from one area to another. They became known for making swift strikes on Union railroads, supply centers, and other enemy positions. They also did a much better job of scouting enemy troop size and movements and preventing surprise attacks than did the North's cavalry. Finally, the generally superior marksmanship of Confederate cavalry made them more effective than their Union counterparts in battle.

By the midpoint of the war, Union military leaders viewed Confederate cavalry units as irritating pests that were nonetheless capable of delivering painful stings. Their scouting abilities made it much more difficult for Northern armies to surprise Confederate infantry and artillery forces. In addition, their habit of raiding Union supply lines forced Northern generals to use thousands of soldiers to guard railroads and telegraph lines. Union armies spent a great deal of their time and effort chasing Southern cavalry, but their attempts to capture or destroy the rebel riders were rarely successful. The soldiers in the Confederate cavalry "are splendid riders, first-rate shots, and utterly reckless," admitted Union general William T. Sherman (1820-1891). "They are the best cavalry in the world."

As the Civil War progressed, the glamorous reputation of cavalry service made it a favorite subject for newspaper coverage in both the South and the North. In fact, several

Another famous Southern cavalryman was Major General J. E. B. "Jeb" Stuart (1833 -1864). He commanded the cavalry forces in the Confederacy's Army of Northern Virginia, which was led by the legendary general Robert E. Lee. A smart and brave leader, Stuart led many successful raids on Union positions. In addition, reports from his cavalry scouts helped Lee make countless strategic decisions. Stuart was assisted on his missions by Lieutenant Colonel William Willis Blackford (1831-1905), who served on his staff from June 1861 to January 1864. In the following excerpt, Blackford tells about a daring cavalry raid

Stuart led deep into Northern territory. This raid on Cham-bersburg, Pennsylvania, and other surrounding areas took place in October 1862, when the Confederate cavalry's dominance over the Union cavalry was at its height.